Take the HSK test? But what is it?

The test run by the Hanban and is taken by non-native speakers globally, enabling learners to quantify their language abilities into different levels on an internationally standardised scale.

There are multiple ways to show proficiency – including the China Bridge competition where hundreds of Chinese language learners can compete in different categories, however this exam is the only standardised proficiency exam recognised worldwide.

If you choose to take the HSK test, it will challenge your listening, reading and writing skills. You can take an additional HSKK to test your speaking, however it is not mandatory.

The test was initially carried out in person in HSK test centres all over the world, although is also now available to sit online at select dates throughout the year. 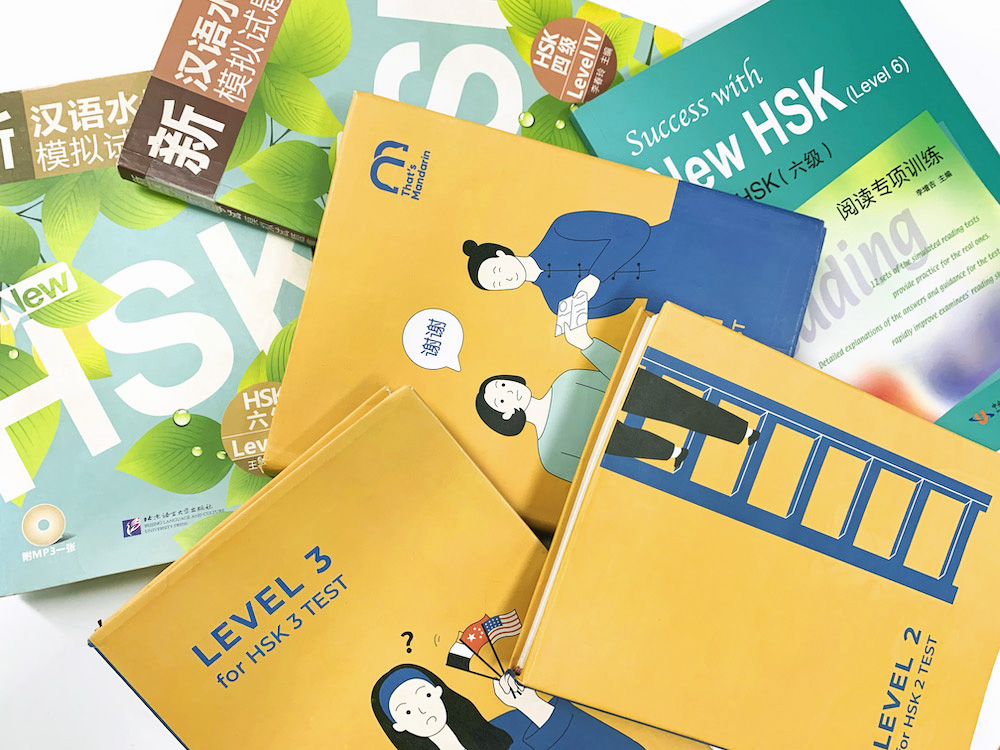 “What are HSK levels?”

The HSK test is split into 6 levels as a way to help learners structure their learning and appropriately grade their knowledge. Candidates will take the HSK level they fall under – so don’t worry, you won’t be expected to know more than the requirements of your chosen level.

Currently, HSK 4 is required to study in Chinese at a university or to work in a Chinese-speaking office environment in China. HSK 1 and 2 don’t require any writing in Chinese and use pinyin in the textbooks and exam. For the higher levels of HSK 5 and 6, there is no official ‘pass’ score required. Officially, HSK level 6 is ‘fluent’.

If you’re wondering ‘how hard is the HSK’, under the current structure, you need to know the following requirements for each level:

“How long does it take to be advanced HSK?”

This is totally subjective and depends on how much time and effort you put into your studies. Realistically, you won’t take the HSK test (of any level) before you’ve studied for a couple of years. The typical expectation is that after 4 years of full-time study, a student would be able to pass HSK 6 – but there’s no time limit.

There are reports of exceptional students who reach HSK 6 (advanced) in less than four years, but this is difficult for the average student with other commitments to meet. You also must remember, the HSK is only a test.

Emphasis should equally be placed on immersion, real-world application, and vocabulary outside of the textbooks.

If you’re looking for HSK study tips though, head over to our grammar blogs or extended HSK preparation post.

“I keep hearing about a new HSK test? Are there two?”

There is only one active HSK test at any time. The HSK test is currently on its second lifecycle and due to evolve into its third form in 2022. But there’s lots of time yet and if you take the HSK test the current structure in 2021, your results will still be valid after the switch.

The HSK was initially created in 1992, revamped in 2010 and is due to be revamped again in 2022 to better represent learners abilities and provide even more support.

Currently there are 6 levels, but as of 2022 there will be 9 levels. Typically, classes are taught around the content of the exams using the vocabulary and grammar structures provided so that you’re experienced with the content and structure.

One of the best ways to prepare for the exam is to use a platform that allows you to practise your reading, listening and speaking – just like the Nihao Café – although don’t forget to practise writing your hanzi by yourself too if you plan to take the HSK test. 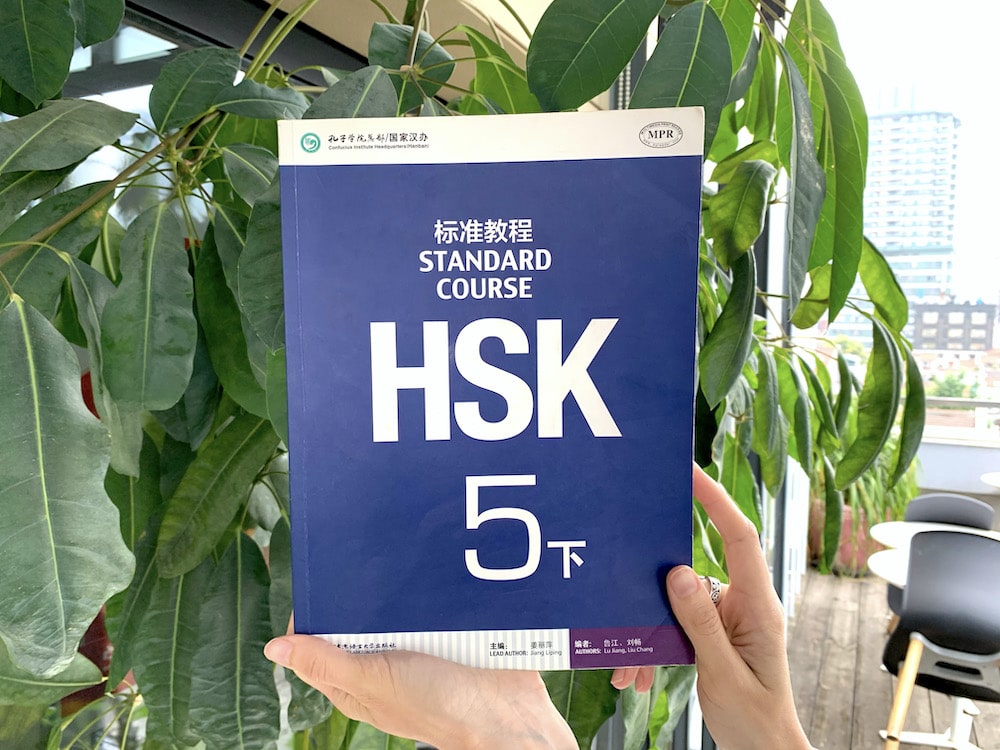 “What are the benefits of the newest test?”

The HSK test only goes up to level 6 and there are no exams for further study or to show h2er proficiency. This means someone with knowledge of 2,500 characters and someone with knowledge of 8,000 characters are in the same grade boundary currently. The new test will ensure there are more learning opportunities for new students and more representative grade boundaries for proficiencies.

The current boundaries are unevenly dispersed. The new test will ensure each level is filled with more vocabulary, ensuring students have more complete understandings of different topics.

The new test will let you challenge yourself even further. New grade boundaries are going to be more difficult –  so if you have an HSK 4 certificate in 2021, in 2022 you might only be HSK 2 in reality. But don’t worry – that just means you’ll know even more the next time you reach HSK 4!

“Should I take the HSK test?”

Absolutely! Even if only to put your level of Chinese on your CV, there are no disadvantages to taking the exam.

If you are unfortunate and don’t pass on the first time, you can simply resit, as there is no annual cap on sitting the exam and it’s not too expensive to take. It’s a great way to monitor your progress and many people take multiple exams to track their level. You might surprise yourself and discover you’re not HSK 3 and should study for your HSK 4 instead!

Studying with the intention of taking the exam provides you with structure and clear, obtainable SMART goals. Languages are challenging to learn because they’re hard to measure, so the HSK can make self-study obtainable, or supplement classroom Chinese. Equally, the textbooks break down core information, from the passive voice 被 and when to use 的, 得 and 地. 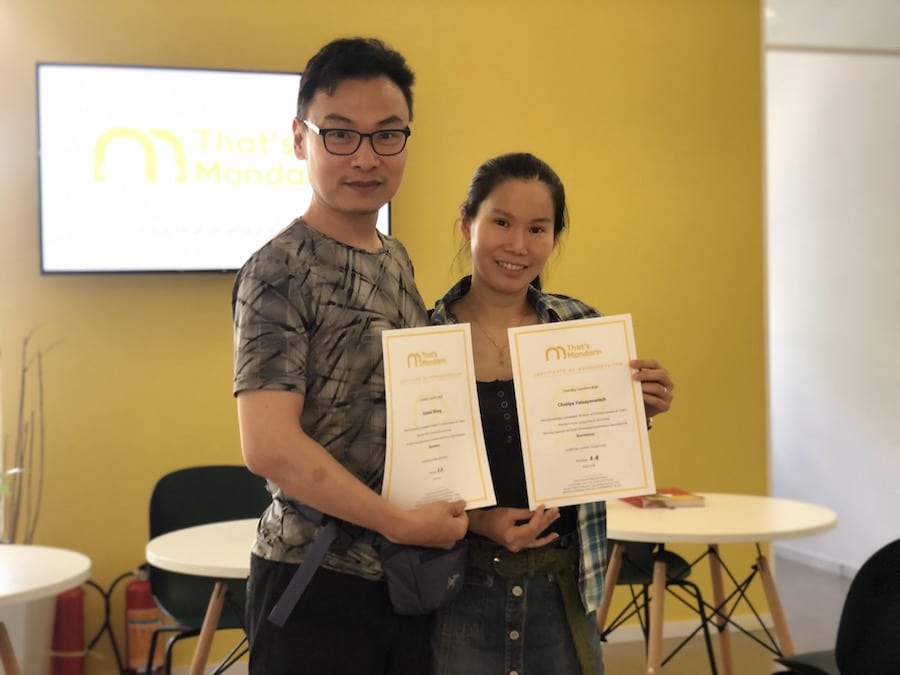 “Is it recognised everywhere?”

Inside China, good test results are very helpful. Many universities require international students to have at least HSK 4 to study at a university in Chinese. Many offices that operate in Chinese will also require at least HSK 4.

Outside of China, the certificate is known in relevant areas. For example, a university in the UK offering a MA in Chinese studies will set a minimum HSK 4 requirement, however many employers outside of Asia are not currently aware of the system.

However, the Hanban reported that 6.8 million HSK exams were taken in 2018 alone, most typically the HSK 4 exam. With the number rising every year of tests taken, we are confident that it is becoming better known every year. Stay ahead of the trend and take our trial class to work out what HSK test is suitable for your level. 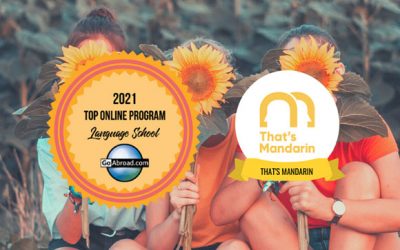 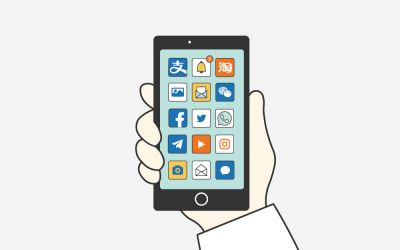